Gujarat has always been at the forefront of the pursuit of excellence in economy and industrial growth. Take Dholavira, for instance. The sprawling city center of the Indus-Saraswati civilization, which existed between 3000-1500 BCE, and the historical ports of Lothal! The state has been the main driving engine behind the country’s economic growth for the last two decades.
Oxford Economics, the leader in quantitative and global forecasting with its headquarters in London, has recognized Surat as the fastest-growing city worldwide in light of the mega infrastructure projects of around Rs. 50,000 crores planned in the city. While India might not be one of the top-ranked cities regarding how easy it is to do commercial business, Surat does stand out as a fantastic city where the multibillion-dollar company of diamonds is based on trust, faith, and promises. From just a few thousand crores of business in 1994, it has reached 1.5 lakh crores per year[1].

At 8 billion dollars in 2008, the GDP of Surat rose to $28 billion in the year 2018[2]. According to Oxford Economics forecasts, it will likely reach $45 billion in 2023. In the same way, the gross manufacturing value added increased from $5 billion in 2008 to $18 billion in 2018 and is expected to reach $27 billion in 2023. 16.60 million jobs were available in 2008, and the number jumped to 26.78 lakh by the end of 2018[3]. The employment forecast is set for an enormous increase to 33 lakhs by 2023. Professor Kiran Pandya, Head of the department of HRD, Veer Narmad South Gujarat University, stated, “Trust has been identified as the most significant factor propelling Surat’s growth. Modern-day economists talk of the adaptability of urban space. Surat is the only place in the country or the world where migrants are accepted wholeheartedly.
Another reason for its rise is the opposite phenomenon of supply and demand. Massive demand for 2 lakh affordable homes came up within five years; the private and local realtors supported that for over three years. This put Surat in the first place on the charts of the National Housing Bank (NHB). Although the real estate market is experiencing a recession due to COVID-19 pandemic, it is still growing at a rate of 3.3 percent, which is highest among other states.

Surat city has always been a critical center for economic activity. In the beginning, Surat was called a port town, and transactions in export and import went via Surat. Portuguese, British, and other European countries also had their bases in Surat. Nowadays, Surat urban agglomeration accounts for 8% of the total population. industrial growth in the Surat district can be mainly attributed to countless diamond processing, textiles and chemical, and petroleum industries. Industries in Surat can process 10-12 varieties of diamonds, making up INR 45,000 crore revenue, about 65% of all diamond exports from India. Surat, also known as the synthetic capital city of India, is home to more than 65,000 power looms and has 7 Lakh employment opportunities. Surat has been highly successful in attracting large amounts of Foreign Direct Investment in various areas like oil, energy, and petroleum. An investment of 3000 crores (726 million dollars) in the Hazira Terminal Project is India’s most significant Greenfield foreign direct investment project.

There are more than 41,300 medium and small industries operating in the region. The major industries include:
• Textiles.
• Chemicals dyeing and printing.
• Diamond processing.
• Zari (silver) making engineering and related tasks (including manufacturing equipment and machines).
The most significant number (nearly two thousand units) in medium and small companies is connected to the industries in the textile sector in the district. This is followed by the repair and service sector with over 11,000 units. A majority of the small-scale industries are Choryasi (Western Surat), Mangrol and Olpad (Northern Surat), Mandvi (Central Surat), and Palsana (Southern Surat) tehsils of the district.

Surat has an airport for domestic flights well connected with various metros. It operates regular flights daily in the direction of Delhi, Jaipur, and Ahmedabad, with more locations awaiting confirmation. The government of Gujarat has also launched an aviation master plan for the state that focuses on growth and upgrading the Surat airport.
The new Surat airport will directly connect to major destinations within India and overseas. It is anticipated that this will boost business activities and industrial growth within the city and the district, increasing the demand for the hospitality industry, driven mainly by commercial tourism. In addition, the emergence of a complex for petrochemicals and gems and jewelry park and the centrally-sponsored Surat SEZ is expected to boost the growth of the economy and industry of Surat. The expansion plan of Hazira port is being planned in two stages. The first plan is to construct infrastructure for the port to handle the liquefied Natural Gas (LNG) imports. The second will provide ports with facilities to handle dry bulk cargo and containerized. Port facilities will aid in attracting significant investments in the future.

Surat is one of the fastest-growing cities and high industrial growth potential, including petrochemicals, pharmaceuticals, steel and petroleum, textiles, and diamonds. In the current infrastructure drive that is underway, Gujarat will make a massive leap and provide the needed boost to India’s overall economic growth.
If you are a business owner and looking for a commercial space in an ever-growing city like Surat, there is no better than VACANZA DEVELPOERS. Visit our website, or call us today at +91 8128 413 205 to get the best commercial spaces in Surat! You can also follow us on Facebook and LinkedIn to keep up with our latest projects and offerings! We are here to transform the city! 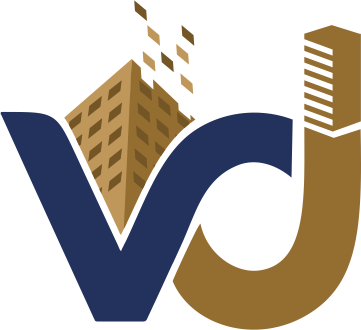